In a neighborhood of Istanbul that’s plastered with Arabic signs, a Syrian refugee whips up his specialty — avocado cream smoothies — at the small, colorful cafe where he works.

Majd al-Hassan has been in Turkey for two years, but has yet to learn much Turkish. He doesn’t need to. This area is filled with fellow Syrians. He’s paid in cash, under the table, and has yet to really integrate into Turkish society, he acknowledges.

“We’ve got Syrian supermarkets, Syrian restaurants — just like back home,” says Hassan, 26. “I haven’t even applied for a Turkish ID card. If peace comes to Syria, I’ll go home tomorrow.” 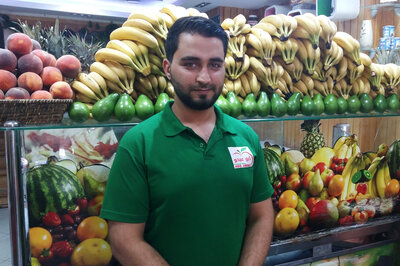 Majd al-Hassan, 26, a Syrian refugee who works in a fruit smoothie shop in Istanbul’s Fatih neighborhood, has lived in Turkey for two years. “We’ve got Syrian supermarkets, Syrian restaurants — just like back home,” he says. “I haven’t even applied for a Turkish ID card. If peace comes to Syria, I’ll go home tomorrow.”

Nearby, a resident who describes herself as one of the last Turks living on this street near Istanbul’s Fatih Mosque says she no longer recognizes her neighborhood.

“Before, this area was only Turkish people, mostly. But now, here, there, everywhere, it’s all Syrian people,” says Tulay Suleyman, who was born here. “Some Turkish people, they don’t like these [new] people. Their culture is a little bit different than ours. [They’re] mostly ignorant people — homeless people, low-class.”

Xenophobia has flared with the arrival of migrants in parts of Europe. That has not been as big a problem in Turkey, even though there are some 3 million Syrians here — more than in all of Europe combined.

As in Europe, many of the Syrians in Turkey are educated professionals who are underemployed, working off the books for low pay — part of Turkey’s swelling black market economy. 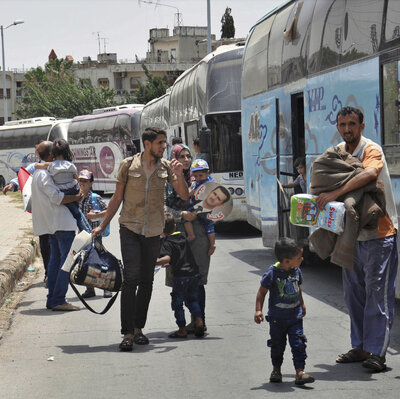 At first, when Syrian refugees began streaming over the Turkish border in 2011, the Turkish government granted them a special protected status — but no work permits.

Many thought the regime of Syrian President Bashar Assad would fall quickly — another domino in the Arab Spring — and that Syrian refugees would be able to cross back over the border and return home swiftly.

With the Syrian war now in its seventh year, Turkey has opened a path to Syrians for official employment. But few have taken it.

One of the government’s motives in trying to regularize Syrians is that Turks have been worried about having their wages undercut. 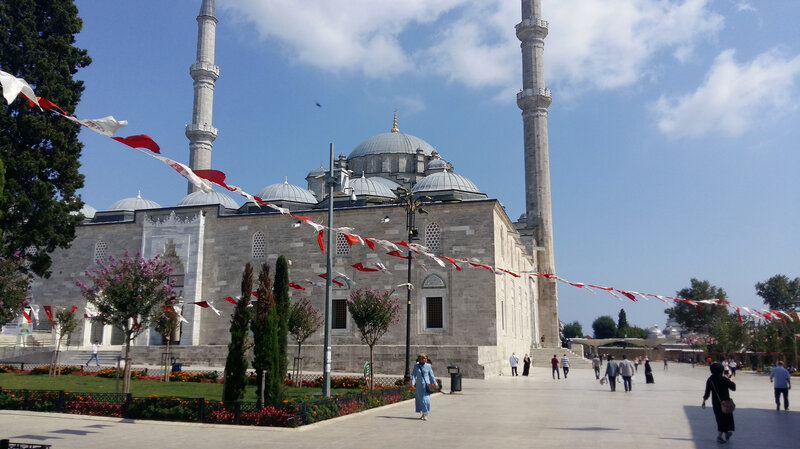 “There was a public concern that Turkish people would be unemployed because of the Syrians being employed with lower fees [wages],” says labor lawyer Mehmet Ata Sarikaripoglu. “We see what happened in Europe, and how the politics in Europe has changed after that.”

Fearing a political backlash, Turkey started a program in January 2016 to increase work permits for refugees. The government also now requires companies to give Syrians the same pay and benefits as Turks. But the rollout has been slow.

Integrating Syrians is political, too. They tend to be more religious and conservative than many Turks — and they tend to support Turkish President Recep Tayyip Erdoğan. He’s floated the idea of offering them Turkish citizenship, but that has prompted a backlash from some opposition parties and more secular Turks.

At an Istanbul municipal office, long lines of Syrians snake across the lobby. People are registering for Turkish ID cards and health care, and signing up their children for public schools — all services they get for free as refugees.

One man yells and shakes with frustration. He says bureaucrats keep telling him to come back tomorrow. Turkey’s social services are overloaded with newcomers like himself, he says. 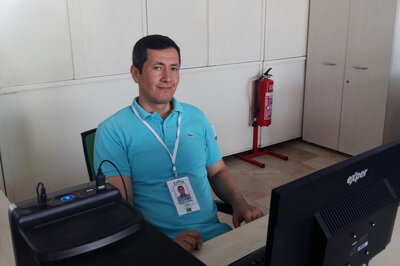 Yahiya Osman, 33, a Syrian refugee who’s worked for the Istanbul municipality for four years, obtained his work permit two weeks ago. Osman says it was worth asking his work supervisor to sponsor him for a work permit because it makes him eligible for private health insurance, a state pension and worker’s compensation.

Behind the lobby’s front desk, Yahiya Osman helps Syrians register for ID cards and health care. He’s a Syrian refugee himself and has worked here for four years — even though he got a work permit only two weeks ago.

“It makes me eligible for private health insurance, a pension and workers’ compensation,” says Osman, 33. “You’ve got to think ahead. We’re not sure what’s going to happen in Syria. We might have to stay here in Turkey forever.”

But Turkish government statistics show out of the 3 million Syrians here, fewer than 14,000 had work permits by January — a year into the program.

“It’s a very exhausting procedure,” says Sule Akarsu, who manages a charity that teaches Syrian refugees how to do bricklaying and other construction work.

Her work is dedicated to helping Syrian refugees. Yet even she has not applied for work permits for her Syrian staff.

“It takes nearly three months to get permission for the Syrians,” she says. “It’s also difficult for Turkish industry, doing all these procedures.”

Only companies can apply for these permits, not employees, and they must pay monthly social security for each worker — even if it’s a Syrian who doesn’t plan to stay in Turkey long-term. Some employers say it’s not worth the hassle and expense.

There are questions about how much Turkey’s government really wants to implement this policy. It has threatened to fine companies that hire Syrians without permits. But the fines are rarely enforced.

At an Istanbul cafe, Adnan Hadad, another Syrian, says it’s not just the bureaucracy that slows things down. He’s dragged his feet, too. When he arrived four years ago, he thought he’d be in Turkey “a couple of years,” he says.

“But the Syrian war, and how it eventually evolved, made me realize I’ll be here a lot longer,” Hadad says.

He still dreams of growing old back home in Syria. But for now, he’s starting in on some Turkish paperwork.

This site uses Akismet to reduce spam. Learn how your comment data is processed.

68.5m displaced (larger than population of UK)
44,000 displaced/day | 20 displaced/min
10.3 million persons newly displaced (2016)
52% of displaced are children (2017)
Uganda = Africa's largest refugee hosting country with 1.4m displaced in 2018
85% of the world’s refugees are hosted in countries in developing regions
25,500 refugee children in Rhino Camp in schools with No internet + No reliable power
123,243 registered refugees at Rhino Camp in Uganda

Which Chinese phone giant dominates sales in Africa against Apple ?

Transsion Holdings Limited is a parent company to Tecno, Infinix and Itel. Companies that have successfully manufactured mobile phone devices specifically for the African market. Product features The combination of variety and availability of affordable feature phones, in addition to a […]

Operating aid to displaced populations, stateless people and refugees around the world is a complex task.  Innovative advances in technology are one way that organisations such as UNHCR have attempted to improve aid effectiveness. Critical is making sure  A) that […]

See all our news